The number of people working in direct and indirect jobs in the UK’s offshore wind industry is set to rise significantly, from 26,000 currently to over 69,800 by 2026.

Offshore Wind Industry Council (OWIC) research showed that most of the jobs will being created in parts of the country which urgently need levelling up, including the north east of England, Yorkshire and The Humber, East Anglia and Scotland.

The private sector will invest £60.8bn across the UK over the next five years in developing, constructing and operating offshore wind projects as the industry expands rapidly to help the Government to achieve its net zero emissions goal.

The work has been done by RenewableUK, the National Skills Academy for Rail and independent data analysts Opergy.

OWIC said the survey was by far the most comprehensive ever conducted in the UK into the full extent of the economic benefits of offshore wind.

For the first time it includes direct and indirect jobs as well as self-employed people who make up 14% of the total workforce.

Researchers have compiled the most detailed offshore wind jobs database by inputting thousands of data points from the companies of all sizes, mapping where people are employed, what type of work they do and how the workforce will expand over the next five years.

The highest percentage of responses came from supply chain companies (39%), reflecting the importance of the UK offshore wind supply chain in job creation.

A further 29% came from offshore wind farm developers and operators, while 27% were from OEMs.

More than 80% of offshore wind jobs are currently located outside London and the south east.

OWIC’s forecast shows that regional percentages will be maintained at this level as jobs increase over the course of this decade, providing sustained long-term growth in these areas.

Of these jobs, 79% are highly skilled, technical and management roles.

Apprenticeships make up 1.8% of the UK workforce, half of which are in Yorkshire and the Humber.

The industry has committed to raising this to 2.5% as soon as possible.

The offshore wind industry is looking in particular to fill vacancies for electrical engineers, civil engineers, project managers, surveyors, data analysts and digital specialists in roles based onshore as well as offshore.

At present, women make up 18% of the workforce and the industry has committed to increasing this to at least one-third by 2030 – and to reach a stretch target of 40% if possible.

OWIC industry chair and UK country manager for Vattenfall Danielle Lane said: “The UK offshore wind industry employs thousands of people in parts of the country which other sectors fail to reach and which need levelling up the most.

“We offer opportunities to people from all backgrounds and with qualifications at every level to work in an industry which is playing a crucial role in tackling dangerous climate change, enabling us to meet the Government’s net zero emissions target as fast as possible.”

RenewableUK’s deputy chief executive Melanie Onn, who leads on OWIC’s people and skills work, said: “We’ll see a surge of tens of thousands of new jobs over the next five years as offshore wind will put the rocket boosters under the UK’s green economic recovery.

“By investing over £60bn of private capital between now and 2026, this industry is helping to kickstart our economy after the pandemic.

“Renewables are creating new opportunities for people across the UK, from school-leavers and graduates to workers leaving fossil fuel industries, and we want to ensure the right training and support is in place to harness all the talent and expertise we’ll need in the transition to clean energy.” 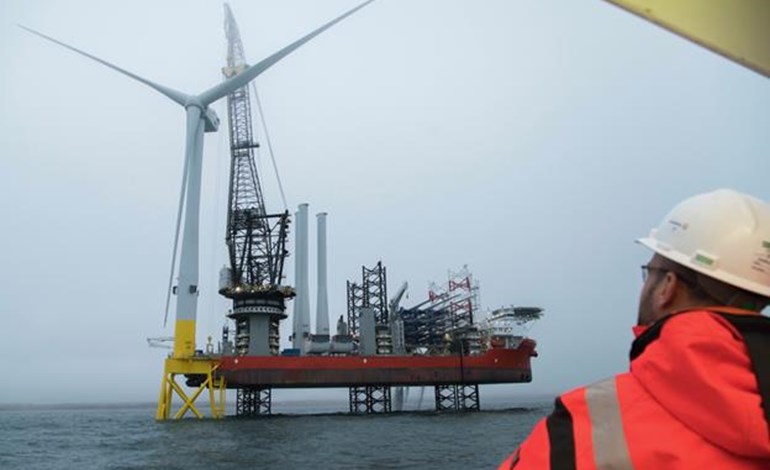